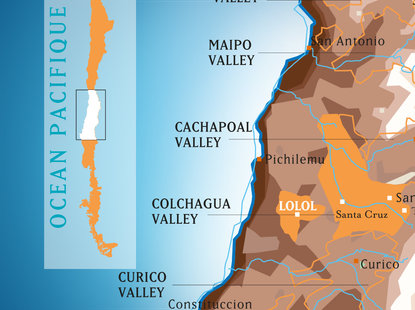 This wine represents the essence of the cool climate of Lolol. It is made up of the best plots of four grape varieties that excel in the valley : Carmenère, Cabernet Sauvignon, Syrah and Cabernet Franc. They are grown in different parts of the estate that brings out the best of each grape variety and are blended together to give a fine complex wine.
Recommend this wine

Your message has been sent.